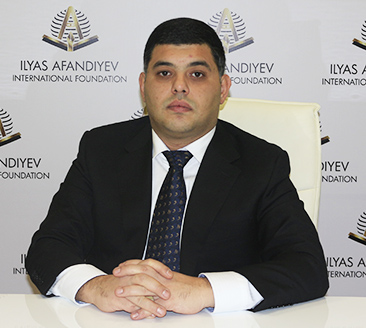 Founder; Member of the Board

TuralAfandiyevhas two higher educations: in the economic sphere and in the sphere of culture and arts, in both spheres he has a master’s degree.

He hasa PhD degree in culture and arts, as well as academic title of an assistant professor (docent).

Over the years, he held senior positions in the government sector in the areas of economics and finance, insurance, ecology and natural resources. He was engaged in teaching activities in the field of culture and art.

While working in the state and non-governmental sectors, he represented the interests of Azerbaijan in a number of countries around the world, particularly when concluding interdepartmental agreements, as well as implementing a number of projects as a plenipotentiary representative of the IlyasAfandiyev International Foundation. (find out more: Projects, IlyasAfandiyev International Prize, News).

Since the inception of the Foundation, he has been its President. But in 2018 as part of the restructuring and organizational changes in the company structure of the Foundation, this post was abolished. At the moment, TuralAfandiyev is a member of the Board of the IlyasAfandiyevInternational Foundation and certainly its permanentfounder.

He speaksAzerbaijani, Russian and English.